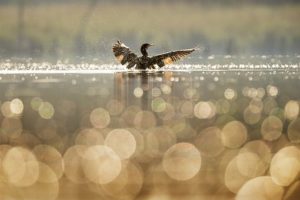 There are commonalities between the function of the immune system and the expression of healthy anger (and all other emotions).

Emotions, especially healthy anger, and the immune system are there to protect us and also enable interaction with the world.

According to Hungarian-born Canadian physician Dr. Gabor Mate, the human system is not a separate system. Science has also shown that the immune system, emotional system, gut, and cardiovascular system all work together to maintain homeostasis, an internal balance which results in well-being.

This leads to the following conclusion: if you suppress healthy anger, you also suppress the immune system because they are part of the same system. Both of them are boundary defenses.

We don’t often hear that the expression of anger is supportive in health and well-being.

What is the difference between healthy anger and toxic anger?

Healthy anger only exists in the present moment where we don’t take things personally and therefore have the ability to respond and not react. It is not governed by past experiences or past impressions and has the function of protecting one’s boundaries. This natural tendency is visible in all animals. Most of us have a negative belief around protecting our natural boundaries because of our childhood experiences. Only parents who are comfortable to use more energy (power) to honour and protect their own safety and emotional well-being will be able to tolerate it in the behaviour of their children.

Most of us were raised with the idea that we should never raise our voice or stand up for our needs. “Bad girls and boys get angry and fight because they are selfish.” We then learn to suppress the surge of energy that naturally flows through the body when we are threatened or when we need to communicate to others that they are violating the boundaries of who we are and what we are responsible for.

Another tragic consequence of suppressing healthy anger is that we disconnect from our internal warning system and ultimately disconnect from ourselves. The more naturally we relate to this surge of energy, the more we are in control of it, able to fully regulate its intensity and let go of it immediately afterwards.

I would like to use the example by well-known author Eckart Tolle (The Power of Now) on ducks and the monks to illustrate the difference between the two.

When a duck swims too close to a mother duck and her ducklings she will immediately warn the offender to back off by ruffling her feathers, enlarging her posture and raising her voice to convey a message that she is serious about protecting herself and her young. If the duck does not adhere to the threat she will do what is necessary to drive him away so that he does not damage what is precious to her. After the fight, both ducks will vigorously flap their wings to get rid of the negative energy and swim off in a peaceful manner.

If we got the childhood message that we should never get angry (in other words allow more energy to flow through us) then we learn how to suppress it to remain favourable and lovable in the eyes of our caregivers. This becomes second nature and a strong behaviour pattern throughout adulthood.

Suppressing healthy anger can result in a few negative consequences. It may cause a build-up of and an inability to control the energy which in turn leads to outbursts of rage, typified by hostility, impulsivity, and violence.

Toxic anger festers in the mind and not in the present moment. It creates stories and recalls incidences from the past that strengthen negative feelings like hatred and fear and then project this onto the future.

There is no end to it and in the mind, it becomes self magnifying.

Anger born out of hatred and fear mostly leads to reactions and not responses. The ducks don’t have the ability to recall incidents in their minds and build up hatred and resentment towards those that occasionally violate boundaries. The situation gets dealt with in the moment.  They physically get rid of the negative energy by flapping their wings and then continue peacefully.

Rage and the constant ruminating on events from the past have a detrimental effect on the body. The risk of heart attack and stroke doubles for at least two hours after episodes of rage. This happens when the increase in adrenalin in the body leads to a  narrowing of blood vessels and a surge in blood pressure.

A message from a duck:

“Express healthy anger when needed to protect boundaries, then flap your wings (let go of the story) and return to the only place of power – the present moment.”